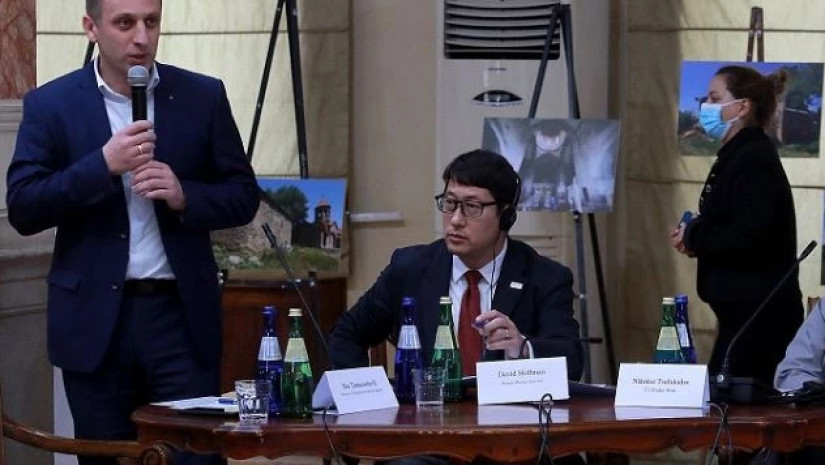 The winner of the short film competition "Agristory" is known.

The competition was held to encourage students of regional universities to strengthen their abilities in the field of agro-journalism. Seven short films took part in the competition, the topics related to fruit and vegetable processing, blueberry, herbs, nursery farming, table grapes, and nut crop production.

The winner of the competition was the film "Berry Crops" prepared by the students of the "Horizonti" college operating in the Guria region.

"The development of agriculture has been an important priority for the state for the last 10 years; the field has developed quite a lot, and very large investments are being made. It is important to involve young people in agriculture. Such events help popularize the importance of agriculture", - noted the director of the Rural Development Agency, Ilia Tamarashvili.

According to David Hoffman, Deputy Director of the USAID Mission, one of the main priorities is to support prosperity and security, which is impossible without the development of agriculture. Growing success in the direction of agriculture will help Georgia to take important steps on the path of European integration. In the process of providing information, the involvement of journalists is important. They make a special contribution, they speak and provide information to the population on various issues, including crop quantity, quality, and export.

The "Agristory" student short film competition was implemented by the USAID Agriculture Program together with the Journalism Resource Center.