Cristiano Ronaldo comes close but misses out on landmark goal 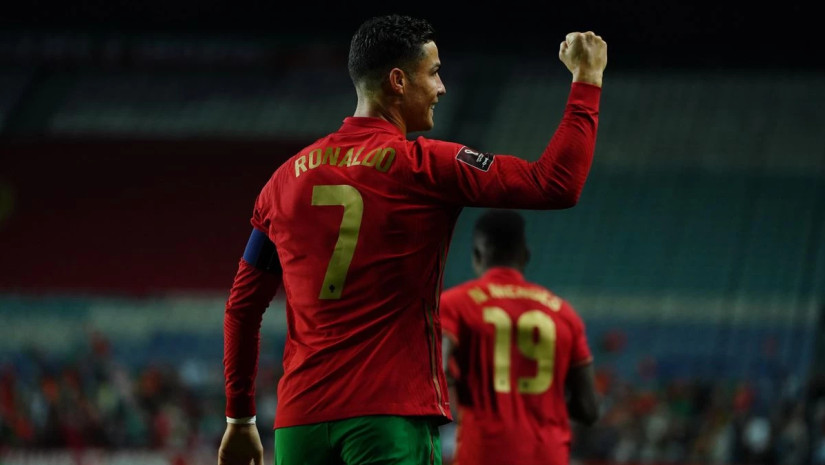 It was the moment Cristiano Ronaldo thought he had joined Eusebio as Portugal's World Cup record goalscorer - well, for a couple of minutes anyway.

The Portuguese forward's jubilant celebrations convinced everyone his head had got the last touch to Bruno Fernandes' cross for the crucial opener in his country's 2-0 win over Uruguay.

Not only was it a goal that sent Portugal on their way to qualification for the knockout stages with a game to spare, it was also going to be his ninth World Cup strike - bringing him level with the great Eusebio.

But then came the uncertainty. While Ronaldo was clearly convinced it was his goal, the replays were not so conclusive.

Initially named as the goalscorer, it wasn't long before the goal was taken away from him and given to former Manchester United team-mate Fernandes.

Cameras panned on the 37-year-old as Fernandes was named as the goalscorer on the public address system and his bemused smile summed up most people's confusion. Who did score that goal? A question we might never really know the answer to.

Fernandes went on to score a second from the penalty spot as Portugal comfortably booked their place in the last 16.

"I don't believe it matters who touched the ball," said Fernandes after the game. "At the time, I thought Cristiano touched the ball and I was passing to him but all that is important is that we got through."

Before Qatar 2022 started, Ronaldo had stated his desire to beat Eusebio's World Cup record, and started with a goal in Portugal's opener against Ghana - a 3-2 win - to become the first player to score in five World Cups.

And, while Ronaldo seemed content enough for Fernandes to receive the plaudits at the final whistle, the debate raged on elsewhere.

Former West Ham defender Matthew Upson told BBC Radio 5 Live: "I think it's Bruno Fernandes' goal. The only evidence I've got is the replay that I can see in front of me and the ball doesn't change direction. You normally see the ball change its rotation or direction slightly if there is a glancing header.

"It won't go down as Ronaldo's goal on the scoresheet and that is what he is bothered about because he thrives off those records. But it is his goal in the sense that his presence and his run caused it."

While 5 Live commentator Ian Dennis added: "Good luck to the Fifa official who has to go into the changing room to tell Cristiano Ronaldo he hasn't scored that. Bruno Fernandes has been credited with it."

Talk about a close call though...